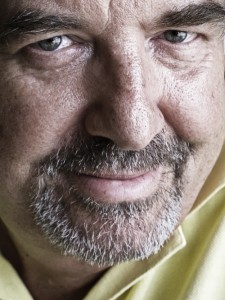 Robb Walsh is a three-time James Beard Journalism Award winner and the author of a dozen books about food, He was also a partner in the now-shuttered El Real Tex-Mex Café in Houston’s Montrose neighborhood.

Once called “the Indiana Jones of food writers,” Texan Robb Walsh has developed a cult of devoted readers who have ridden shotgun with him on his obsessive culinary adventures–from the quest for the perfect cup of coffee, to barbecue battles, to Dr Pepper bootleggers. –Brad Thomas Parsons