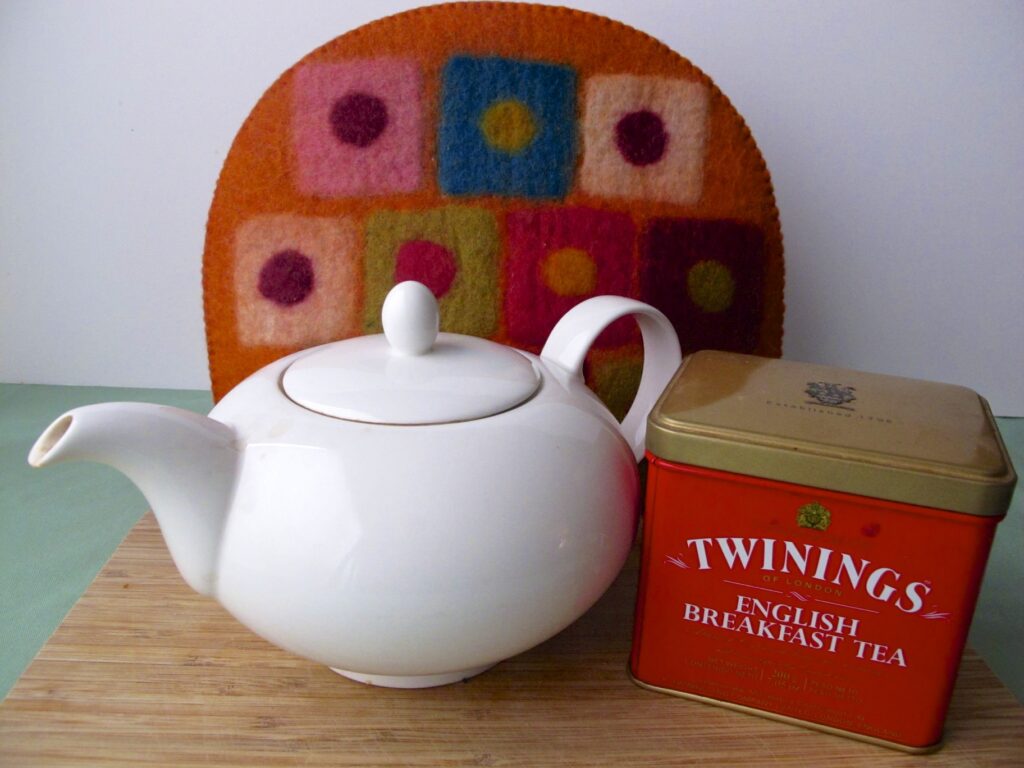 Given the amount of iced tea Texans drink, I suspect our per capita consumption is up there with residents of the British Isles. Students and alumni of the University of Texas are known as “teasips” by our rivals at Texas A&M, but the truth is most Aggies are tea guzzlers too. People can get weird about tea. Over the years, I have collected some stories about obsessive tea behavior–here’s one of them.

During World War II, tea was rationed in Britain. There was something of a national debate about how to stretch a few ounces of loose leaves. In “A Nice Cup of Tea” British author George Orwell laid down the law about making tea. The article, which appeared in a book of Orwell’s essays, was reprinted in the Evening Standard on January 12, 1946.

A Nice Cup of Tea

If you look up ‘tea’ in the first cookery book that comes to hand you will probably find that it is unmentioned; or at most you will find a few lines of sketchy instructions which give no ruling on several of the most important points.

This is curious, not only because tea is one of the main stays of civilization in this country, as well as in Eire, Australia and New Zealand, but because the best manner of making it is the subject of violent disputes.

When I look through my own recipe for the perfect cup of tea, I find no fewer than eleven outstanding points. On perhaps two of them there would be pretty general agreement, but at least four others are acutely controversial. Here are my own eleven rules, every one of which I regard as golden:

These are not the only controversial points to arise in connexion with tea drinking, but they are sufficient to show how subtilized the whole business has become. There is also the mysterious social etiquette surrounding the teapot (why is it considered vulgar to drink out of your saucer, for instance?) and much might be written about the subsidiary uses of tealeaves, such as telling fortunes, predicting the arrival of visitors, feeding rabbits, healing burns and sweeping the carpet. It is worth paying attention to such details as warming the pot and using water that is really boiling, so as to make quite sure of wringing out of one’s ration the twenty good, strong cups of that two ounces, properly handled, ought to represent.