I’ve been doing a lot of fishing lately. 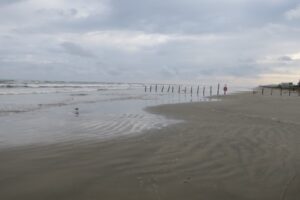 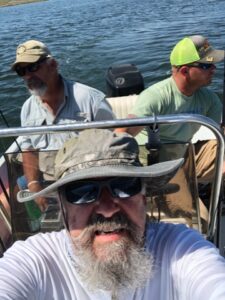 I didn’t catch a lot of fish, but that’s okay. It was my way of saying goodbye to the Coastal Bend of Texas, my home for the last few years.

On November 15, we sold our lovely house in Galveston. (I will truly miss it along with lots of other things about the Texas Coast–including all our wonderful friends!) 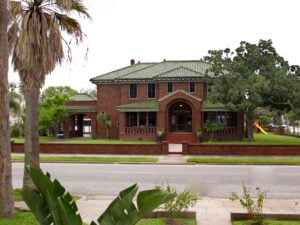 I’ll celebrate my 65th birthday on December 11 in our temporary digs in Houston’s Historic Third Ward.

Then, on December 31, the adventure begins. The entire family (including Frances, the Basset Hound) will embark on a one-way flight to Europe. After toasting the “Happy New Year” aloft, we will land in Paris, hop a flight to Dublin, rent a van, and drive to Ballyvaughn on the West Coast of Ireland.


On January 8, 2018, my exceedingly talented wife, Kelly Klaasmeyer, will begin a 4-year PhD program in studio art at the Burren College of Art, which is affiliated with the National University of Ireland at Galway.
For the first 6 months or so, we will live in Abbey View House, an 18th century stone dwelling in Oughtmama, a stone’s throw from the ruins of three old churches and an abbey from the 10th century.
The house backs up to a cliff of karst, part of the weird and wonderful geological formation and Irish National Park called The Burren. The karst formation of the Burren is connected to the karst outcroppings of the nearby Arran Islands at the mouth of Galway Bay.

Hopefully, the kids will attend school in the charming fishing village of Kinvara. That’s where we may eventually end up living. 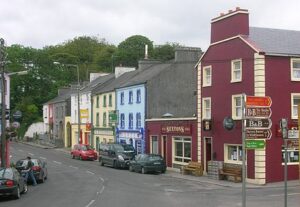 Forwarding address, should you wish to send Valentines or unmarked Euros:

I’ll be returning to Texas frequently for gigs including my annual talk at BBQ Summer Camp at Texas A&M Meat Science Center. I will also be continuing my affiliation with El Real Tex-Mex Cafe, including some intensive recipe testing this summer.

Otherwise and for the most part during my time in Ireland, I intend to roam the island and the continent blogging about good things to eat and drink. (A surprise, I know.)

Also, watch for my many upcoming articles in the world’s most prestigious newspapers, magazines and literary quarterlies. (Right?)

Above all: Don’t be a stranger!

12 thoughts on “Next Chapter: Moving to Ireland”