2023 found us in in Texas with old friends. It was a great way to start the year! 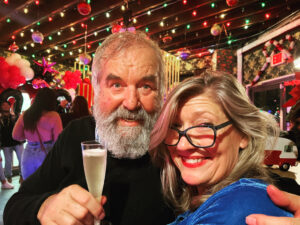 Our whirlwind of a holiday month started on December 11th with my 70th birthday party at our house in Ireland. It would be the first of several birthday parties. 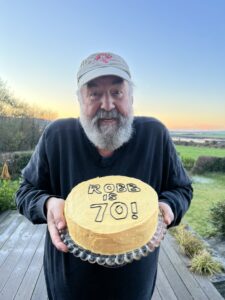 A few days later we flew to Texas to celebrate Mary Ann Walsh’s 90th birthday on December 15. There was a birthday cake lunch at mom’s residence in Georgetown. Then on Saturday the 18th, the Walsh family had a big birthday party at County Line on the Lake. 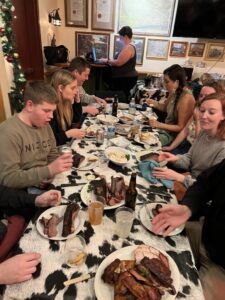 Mary Ann was in high spirits with the family including children, grandchildren and great grandchildren gathered around. She tore into her BBQ dinner with gusto. 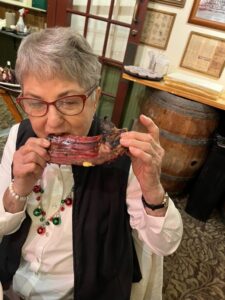 Julia Walsh put together a lovely slide show with photos of Mary Ann taken through the years. 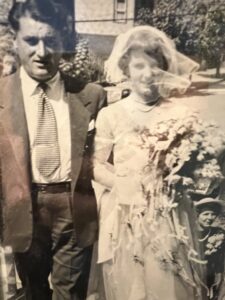 On December 19, Kelly threw me another 70th Birthday Party with lots of old friends from Houston. We met upstairs at the Houston Acme Oyster House, which is located in the former home of my now-shuttered Tex-Mex restaurant, the late, great El Real.

Acme has a special place in my heart. While writing my book, Sex, Death & Oysters, I became a member of the 15 Dozen Club at Acme Oyster House in New Orleans. You have to eat 180 oysters in two hours to join the club.

I ate a couple dozen Gulf oysters that night, the shucker said they were from St. Bernard Parish in Louisiana–they were big, fat, sweet and delicious. They were the first of many Virginica oysters on the half shell I slurped down on this holiday trip. 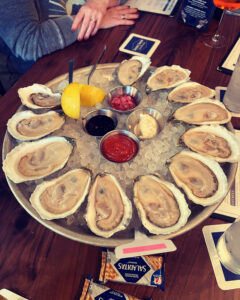 We had Christmas with Kelly’s family, the Klaasmeyers. We skipped the traditional Ruthenian Christmas Eve dinner with the 12 meatless dishes this year since we were on the road. Instead, we had gorgeous steaks at Ruth’s Chris Steakhouse in Austin.

Julia and I split a massive 40-ounce porterhouse. What a joy to eat an honest-to-God USDA Prime American steak! 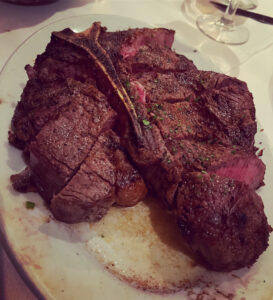 After our Christmas Eve feast, we went back to the Commodore Perry Hotel in Austin where we celebrated Christmas with Kelly’s family. Some spectacular bottles of wine were consumed.

Afterwards, Son Joe and I were supposed to fly to Lake Tahoe to go skiiing with brother Gordon’s family while Kelly helped Ava through sinus surgery in Houston. But thanks to a massive winter storm, Southwest Airlines cancelled our flight–along with a few thousand others.

So we all ended up booking an AirBnB in Galveston where we toasted the New Year with champagne at DTO, our favorite Galveston bar after a lavish dinner at Riondo’s Ristorante with friends.

Rico, the chef at Riondo’s, remembered the time I brought him a four-pound flounder I had just caught. He boned it out, stuffed it with shrimp and scallops and served it up for four of us. What a dinner that was!

For New Year’s Eve, the manager sent out a staggering array of appetizers including two of my favorites–grilled octopus and octopus carpaccio. Tasted great with a bottle of Veuve Clicquot! 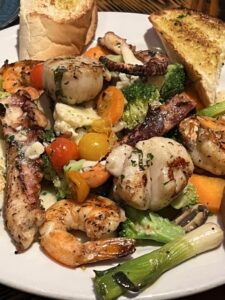 So our year is off to a pretty great start! Hope yours is going well too.