I had a grand time!

The World Premiere of Donut People, a short food film by Keeley Steensen & I on Friday afternoon was the high point for me. I will post the film here as soon as it is released publicly.

The movie offers a glimpse into Houston’s Cambodian culture. Through chain migration and family business building, Cambodian immigrants and their offspring have come to own some 95 percent of Houston’s donut shops. Keeley and I interviewed several donut shop owners and went to a Cambodian karoake party. Few people in our audience realized that neighborhood donut shops, all over Texas, are Cambodian-owned.

I think its fair to say that the Cambodians have been flying under the radar.

I was the moderator of a Cast & Crew Q & A following the film with panelists (from left) Sam Phan, Keeley Steensen and David Buehrer. 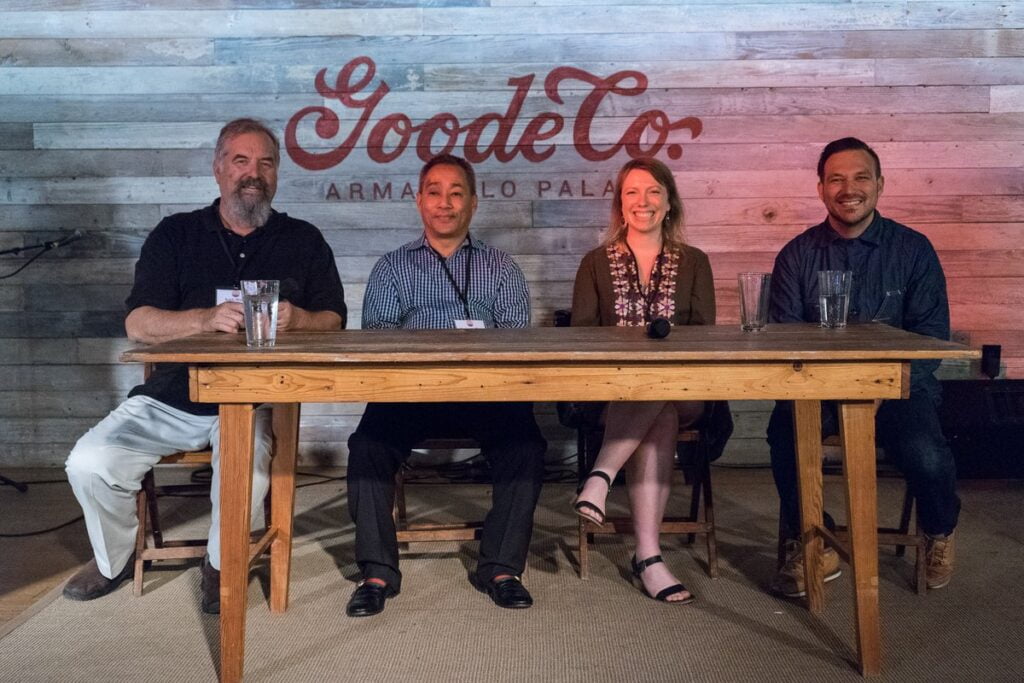 On Saturday morning I did a talk about the curiously creolized breakfast: Boudin Kolaches. 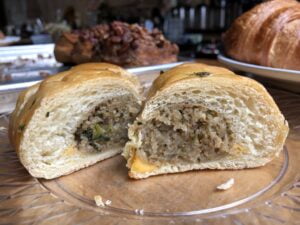 Gumbo, with its African, French, Spanish and American Indian ingredients is often used as a symbol of New Orleans Creole. In my talk, I contended that jalapeño boudin kolaches, with French, Cajun, Czech, Texas-Czech, and Mexican ingredients are an icon of Houston creolization.

We had Roth Ouch at Donald’s Donuts in Webster bake up a large batch and we passed them out to the audience so everybody could eat some boudin kolaches while we talked about them.

Did I mention that boudin kolaches were invented by Cambodian donut shops?

1 thought on “Houston: The New Creole City of the South”